CO-PRODUCER/DIRECTOR, MUSIC AND SOUND DIRECTOR OF FOUR DAYS IN MAY: KINGSTON 2010  |  CURATOR OF THE BEARING WITNESS EXHIBIT 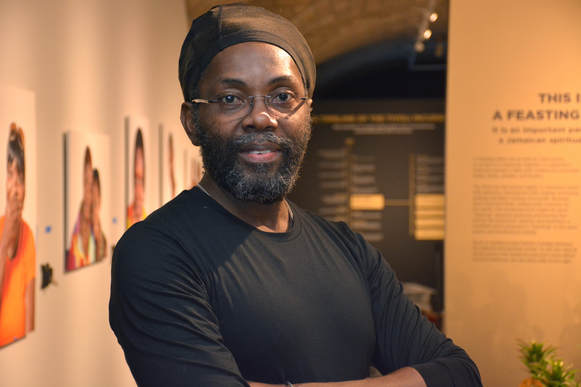 Wedderburn is an accomplished percussionist who has performed and recorded with a variety of well-known reggae artistes, and who has also composed percussive scores for dance.  His own percussion group, Ancient Vibrations, presents traditional Afro-Jamaican rhythms and chants, the roots of reggae music.  Wedderburn has played with The Lion King on Broadway since it began development in 1997.  He was also a Producer and Music Director for the documentary Bad Friday:  Rastafari after Coral Gardens.
Contact: gabujr38@yahoo.com